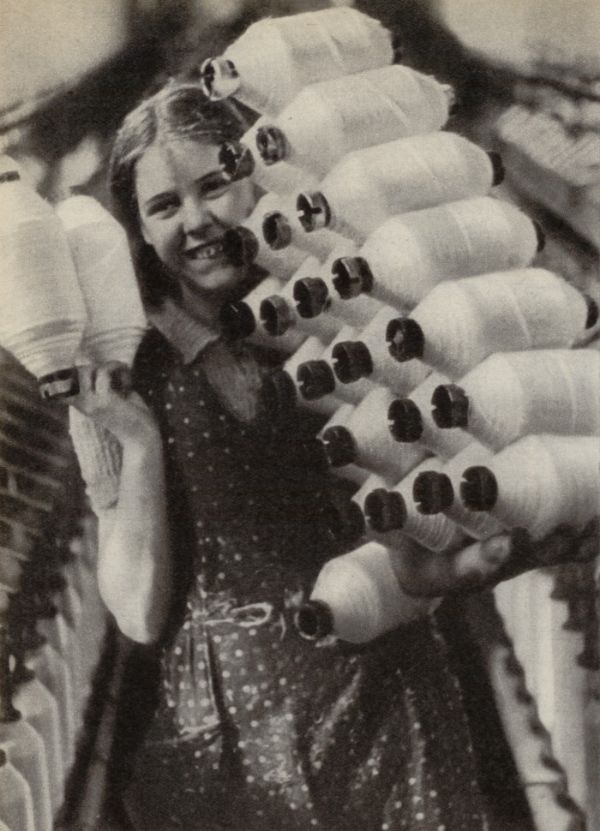 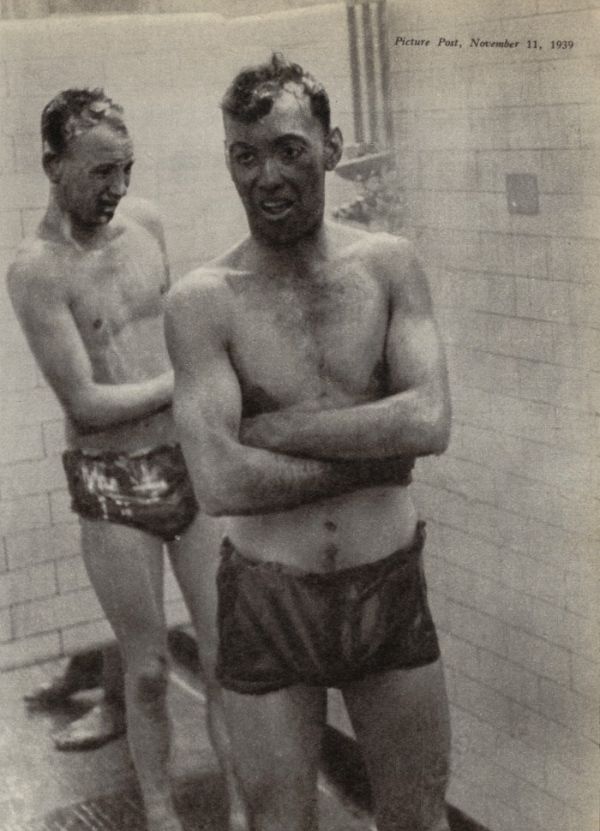 At the Pit-head Baths : Miners Enjoy a Shower
Most of Wigan's big pits have pithead baths. But times are not too good for Wigan miners. Many pits are closed. Some ex-miners have not worked for 10 years. War has not yet brought full business activity to Wigan.

A Wigan mining degree is highly thought of, and the College has trained many engineers in every country in the world. Here, the sons of colliers also come for part-time courses, to win their "Safety Badges." The boys are taught the precautions necessary to face the dangers of the pits to which many will go.
In the centre of the town, in the shadow of the fourteenth-century Parish Church, is an Eleanor Cross, designed by Sir Giles Scott, which commemorates the 1,700 Wiganers who gave their lives in the last War. Wiganers were in the first division (42nd East Lancashires) to leave for overseas on the outbreak in 1914.
From the great West Lancashire plain, agricultural produce comes to-day into Wigan market, just as it has for hundreds of years. The countryside within ten minutes walk from the centre of the town is as lovely as any beauty spot in England.
One can even forget the scarred and blackened landscape which bounds Wigan on its easterly, or Manchester, side.
In Wigan, the lasting impression is not awfulness, but the magnificent struggle to exterminate it. These are the statistics. In a population of 85,000, of whom 35,000 are insured workers, 9,500 men and women are unemployed. In 1930, the total of unemployed rose as high as 15,000; this figure has fallen steadily ever since. In Wigan and its outskirts, 17 out of 40 substantial pits are closed. Ten cotton mills are working and fifteen are closed. The bulk of the unemployed are associated with these two industries.
This is the problem. Wigan is an old colliery district. Although there is still plenty of coal, the seams are thin and the workings deep. The upkeep of the pits is consequently high. For many of them, with coal at its present price, it is uneconomic to produce. 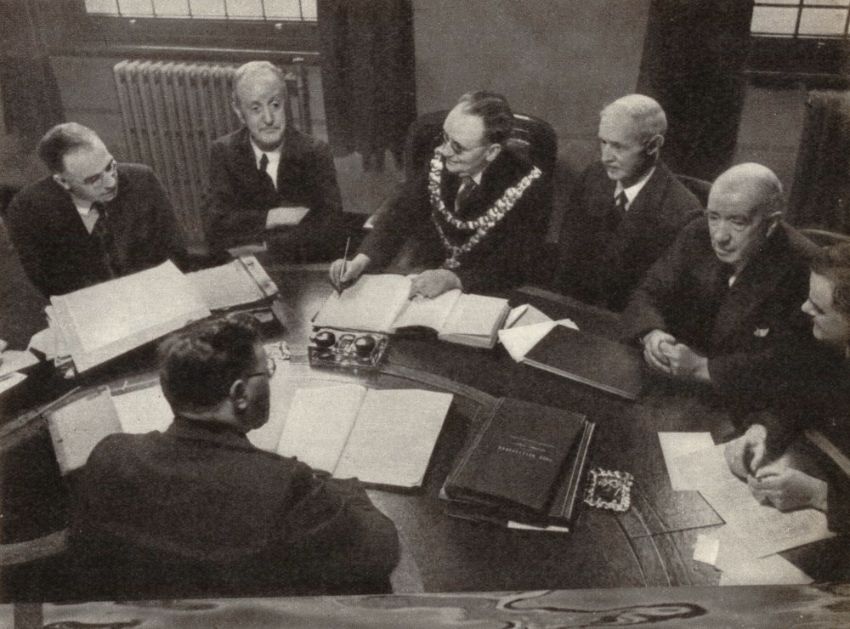 A Meeting of a Municipal Committee with His Worship in the Chair
Mayor of Wigan, Alderman Thomas Ramsden, presides at a meeting to discuss some of Wigan's problems. Alderman Ramsden is the 692nd Mayor of Wigan, and is a medical herbalist, art dealer and practical botanist. He has painted a picture of Wigan Pier.