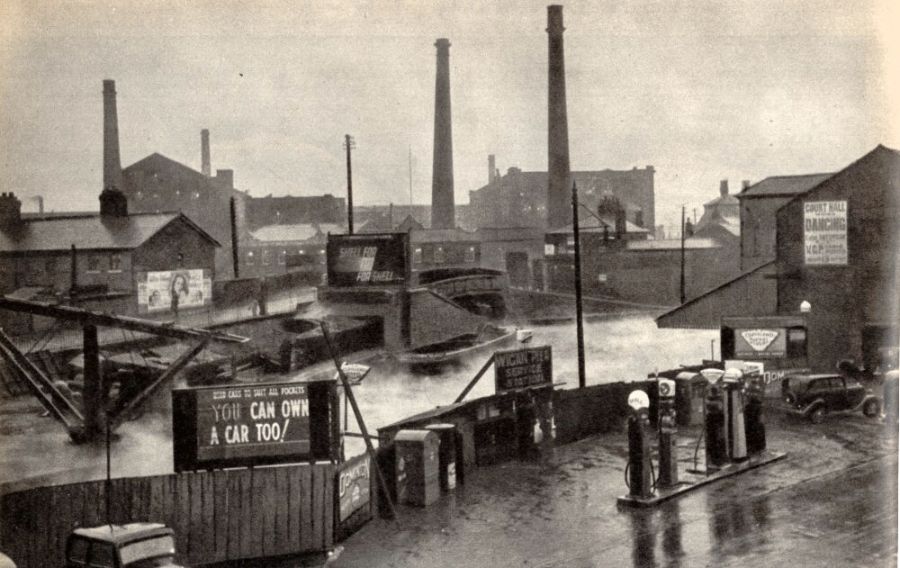 Wigan Pier: The Bleaker Side of Industrial Britain...
Out of this hopeless desolation a sardonic poster greets tourists in search of Wigan Pier. Wigan Pier no longer exists. It used to be a wooden structure on the Leeds and Liverpool Canal, where trucks emptied their loads into the waiting barges. It was demolished eight years back.

The latest school built accommodates 960 scholars and is one of the finest in the country. The Grammar school, a Tudor foundation, has been rebuilt at a cost of £40,000. Apart from the education of children, Wigan has also become a leading authority in the provision of occupational evening classes for adults. In the town there are no fewer than eight evening institutes and, in addition, over thirty miscellaneous classes for instruction, culture and recreation of every kind.
Wigan, from being an ugly, over-industrialised town, is making good its boast to be the best planned as well as the oldest borough in Lancashire (a distinction also claimed by other towns). It is also among the ten oldest boroughs in England. According to a document, dated 1613, in the College of Heralds, Wigan was first made a borough by royal ordinance in the year 1100. But evidence exists of a Roman settlement; and one school of historians, according to the Town Guide, believes Wigan to have been the scene of King Arthur's legendary combats.
Wigan's proud motto, "Ancient and Loyal," recalls the town's authenticated history. 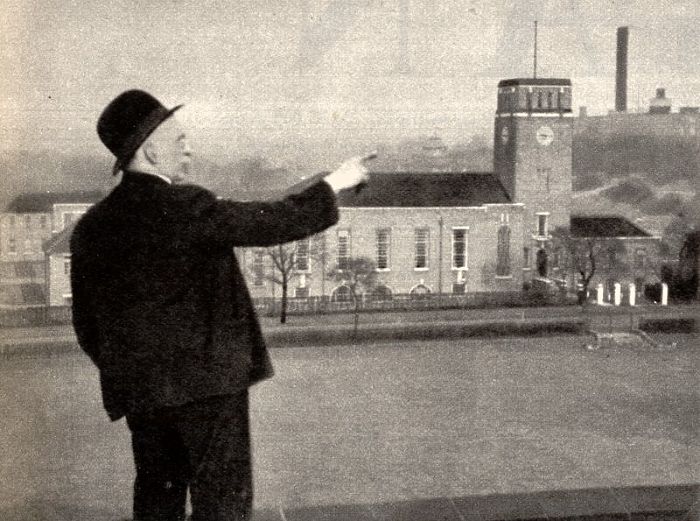 THE SIGHTS OF WIGAN : The Grammar School
The new Grammar School, built at a cost of £40,000. In the background is the factory chimney of Rylands Rivington Mills. 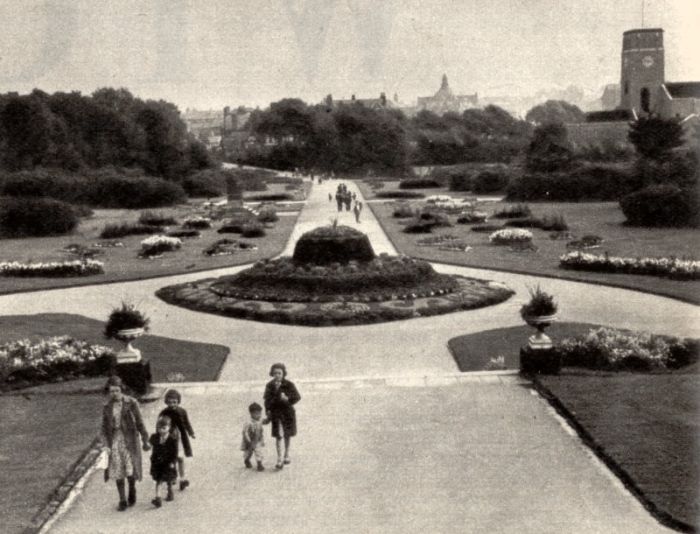 The Pleasure Gardens in Mesnes Park
This is one of Wigan's three parks. It consists of about 20 acres in the centre of the town, and has been owned by the Corporation for 60 years.