'First World War Memorial' which is hanging in the Sorting Office in Hallgate.

It was painted by Fredrick Lowe of H&F Lowe Decorators, 24, Norwood Ave Wigan. It lists the names of the Post office employee's who served in the Great War. There are 112 names listed. The ones highlighted on the memorial, and which are in BOLD letters on the list, are the people who were killed. Also on the list, it shows the people who were awarded significant medals i.e. MM= Military Medal. DSM= Distinguished Service Medal. 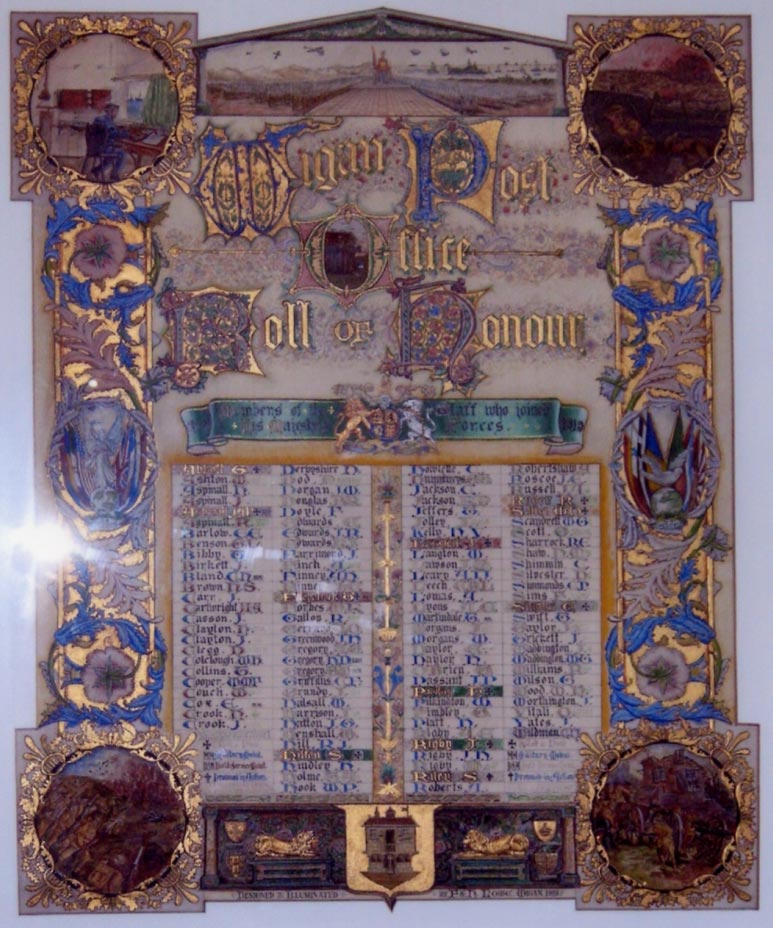 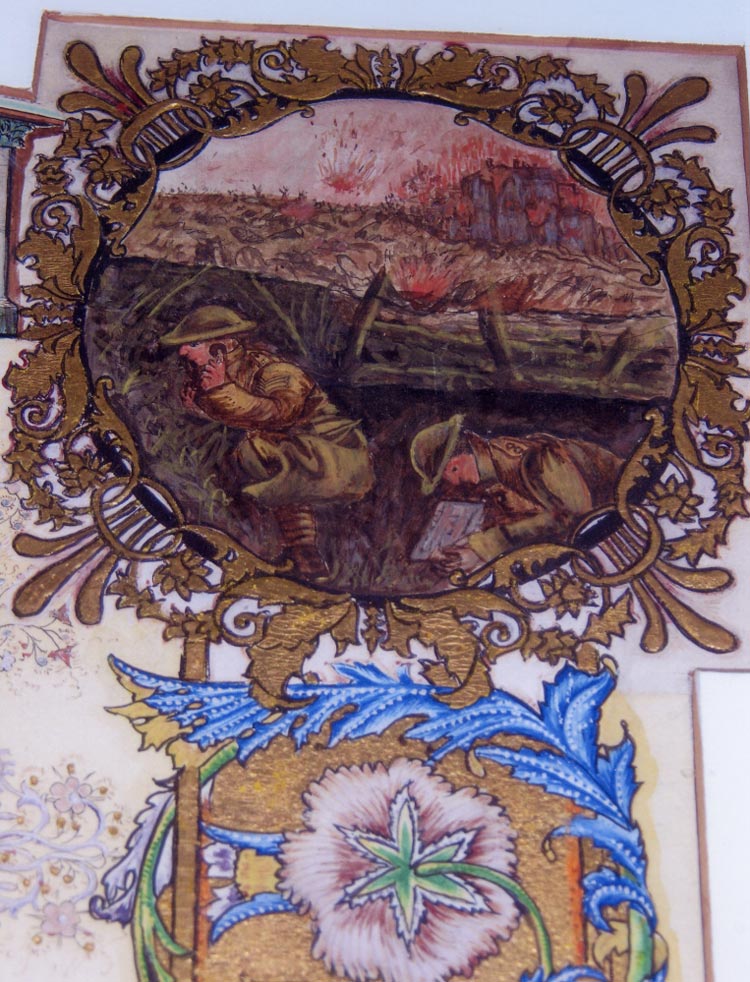 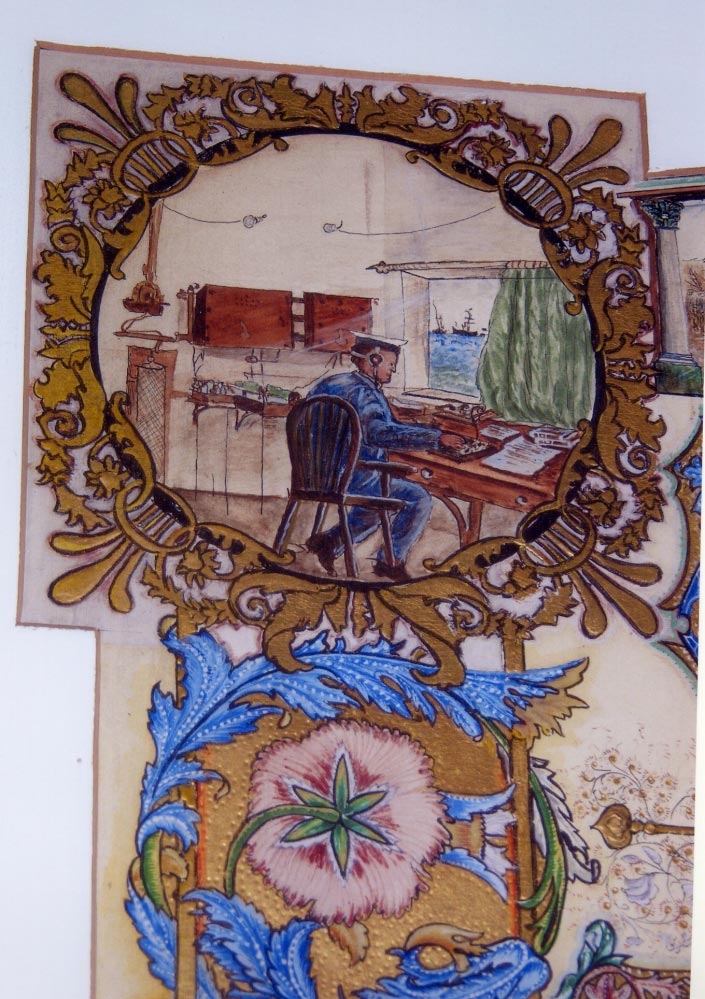 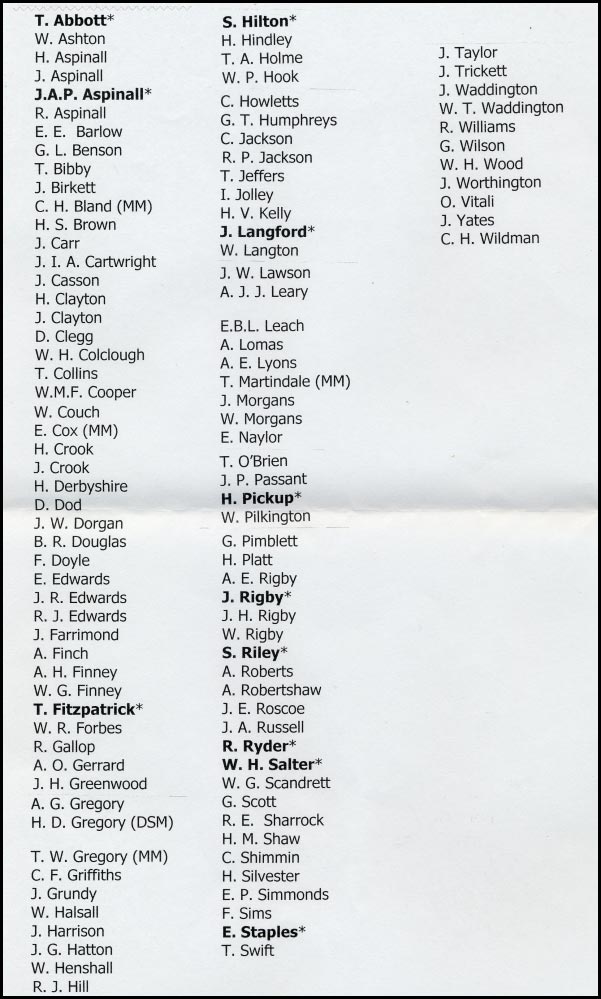