On the 24th July, 1900 there was a fatal train crash at Hindley. It happened at Amberswood Junction, killing the driver and one passenger. There were also twenty-five other passengers injured in the accident.

The train, full of holiday makers returning home, was travelling from Blackpool to Yorkshire when the locomotive and a number of carriages left the rails and plunged down a steep embankment.

A reporter at the time related:

"When the engine fell, the driver seemed to have struck his head and was then shockingly scalded. But he stuck to his post to the last."

The graphic scene of the accident:

The following photo was taken from the "Black & White Budget", August 4, 1900 and was kindly submitted by Ron Hunt. 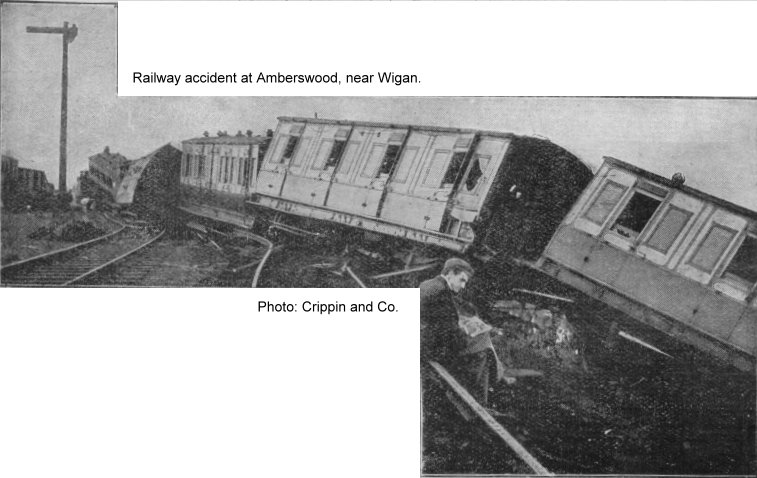