How this Wigan Corporation bus came to be on London's Blackfriars Bridge isn't a long story. Her two Standish owners bought the active museum piece last year and took her to the Historic Commercial Vehicle Club's London to Brighton run. But for the two owners, 26-year-old Tony Blackman, of Wakefield Crescent, and Arnold Richardson, 30, of Wood Lane, it had to be a trial run, because their bus was a year too young to enter the rally. Doing 16 miles to the gallon, the party used 40 gallons and three pints of oil. 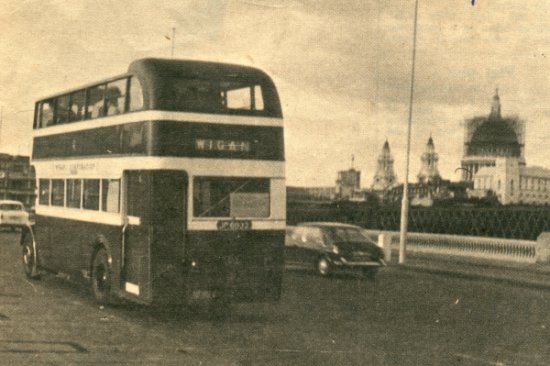