Any of you been to visit?

I promised to take a group of neighbours for a day out visit to the place.

Covid restrictions put paid to that plan, but as we begin to return to normal, I guess I should sound out resurrecting the idea.

Grateful for any advice from anyone familiar with the place.

Well worth the visit above and below surface.

For those more daring, you can also go down in the pit cage to view the conditions that miners endured.

Suggest that you look at their website which tells you all you need to know.

I would recommend it ena. I was a mine surveyor and can say that it is very realistic. It is the only mining museum that actually has an authentic underground visit. Although 500 ft or so beneath the surface it is totally safe and the tours are guided by former miners. You will need to wear stout footwear, boots preferably but strong trainers are ok. It is all walking, no crawling about and is fairly even ground. There are also other attractions like an excellent mining museum and library, stables with pit ponies and a shire horse, and a very good restaurant. well worth a visit.

The National Mining Museums of Scotland and Wales at Newtowngrange (Lady Victoria Colliery) and Blaenarvon ( The Big Pit) are also worth a visit with the latter also having the former pit railway (now preserved) leading to the museum.

Thanks for replies, will show them to neighbours when I sound them out.

Also said I would drive us up to Gaping Gill, but, alas, I am gerrin a bit old for caving. Cave rescue had to extract folk two years back.

I wish I had gone down't pit

The reality of mining in the 50s, It's not for me again, even for a look, 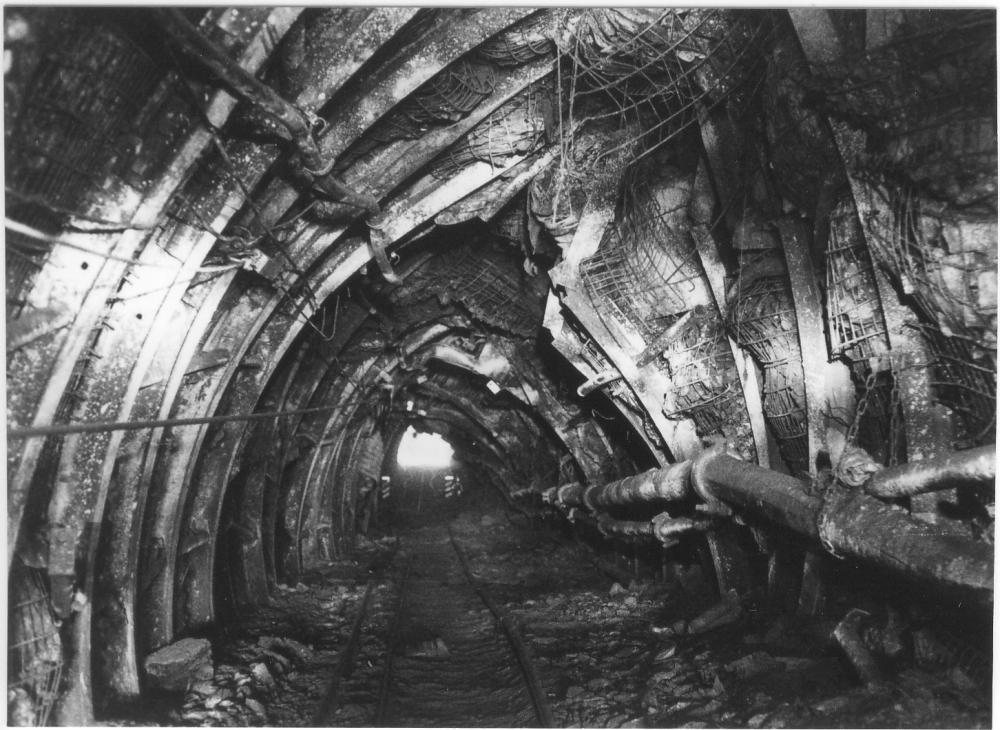 Promised to take grandkids now they are old enough

I had three Uncle's who worked down pits in conditions which were terrible prior to the mining industry being nationalise and there was more concern about miner's safety underground.

Imagine what it was like in all the years prior to nationalisation when pit owners could not care less about safety in the knowledge that if one was killed or badly injured, there was always a man ready to replace them.

All three of them together with my father who was a engine driver on the surface, told me never to even think about it.

My Uncle's started being miners in the bad days of the thirties when because of the then depression, jobs were scarce and the only alternative to feeding your family was to go and stand outside a factory gate and hope you would be selected for a day's work, even go on slag heaps for coal waste to keep your self and your family warm.

Neither was there a benefit system like today to provide a income!

If you want to use the library for any research it's only open a couple of days a week, so it's worth emailing the librarian first.

Tuddy ? have you or any ex-miner the need to go down a pit ever again, they have seen it once and that should last for ever, I do understand PeterP taking his grandkids ( good on him) so should ever Dad that's not seen a pit take them self and their children and have a look

I've ben to the museum but I didn't do the underground tour, I was at a loose end one day and had a ride there just to see what it was about. Some good displays and a good library there, also the best pit canteen I've ever eaten in.

Schools today do not teach kids enough about working class history and the struggle to achieve the living standards of the today.

My Wife and I have been appalled at how little they know about the standard of living endured by our parents, grandparents etc or events like the Peterloo Massacre where ordinary people where killed for holding a peaceful gathering, living conditions, working conditions down the mines and factories, pit disasters , the two world wars etc, etc.

Things, which we were taught about when we were at school.

They no longer teach them right from wrong, manners or even common sense!

I took my boys and 2 of their friends to Blaenarvon when they were young. We went down in the cage and came back on a railway, (I think it's a funicular). They took all our phones off us before we went down. We were all impressed, little eyes popping out of heads. The pit was propped but there was a massive yellow digger type thing there, presumably to bore through the rock, dunno. How would they get that down there? They were good, did ask questions and got answers. They were interested in the noise and vibration of this yellow thing which they weren't allowed to go on. It had tracks, not wheels.

And at the museum, they were fasinated by the miners in the 19th century having to provide their own candles and walk miles to work and back.

Do schools do these day trips any more?

Platty if a M/c had to go underground they would strip it down on the surface and get it into the cage then transport it to site and rebuild the M/c on site or sling it under the cage and get it down the shaft that way.

Thanks V.much PP. I often thought about that. That machine was massive. It must have taken many lifts to go down.

For many years, I wondered how they managed to build the brickwork which constituted the shaft lining, as you can only build upwards, you can't build downwards.

Of course, I now know that they do build upwards upon a supporting ring, a section at a time. ie they prop the brickwork, lower the ring, and then build up another section to meet the one above.

I suppose it is obvious when you think about it, but for some time, I had wondered.

I am sorry to hear about what happened to your father.

I first grew up in Bamfurlong, and then we moved, but me mates in Bamfurlong who I left behind, they all went to Ashton Secondary, which is Cansfield High School now, and then they went down't pit.

Now if we hadn't had moved from Bamfurlong, that is where I would have gone, I would have no doubt been working with Whupsy, and voting Labour, and by that time in the 1970s the pitmen were on a bloody good screw, they had pockets full of money, but me, myself, and I, was struggling to keep the wolf from the door, because I was a very poorly paid shop assistant, and I was working twice has many hours as a pitmon, in Pemberton pitmen my age were going buying full length leather coats from tailors in Manchester, they had the full service, being measured for it, and having it made by a tailor, costing them hundreds of pounds, they had all the nice gear on, and they were walking away with all the women, because women love pitmen, especially if they have a few bob in their pocket.

Yes so damn right I would have gone down't pit.

Platty, that pit you visited was a drift mine, hence you coming out on a railway. The machine would have gone in on the railway, probably in parts, like Peter said.

Ena Malcup, the brickwork in the old shafts was also tied into the walls. This supported the brickwork when the ring was removed, or moved down.

Fred Dibnah dug a pit shaft in his garden, showing how that ring was used, and how metal rods were driven into the surrounding rock to support the brickwork, that shaft was going superbly, until Bolton Council found out what he was doing, and made him stop, because he was going to dig a shaft down the level of the river which flows past his house, and then he was going to tunnel through to the river, and put in a railway, but Council said no