The Trials of Sally Dunning

The book, The Trials of Sally Dunning will be published in March next year, it's set in Wigan and written by Scottish author Miller Caldwell who is married to Jocelyn the daughter of Dr and Mrs France, Doctor France was a well known and respected GP in Wigan, I'm led to believe his surgery was on Greenhough Street, the family come down to Wigan to visit Mrs France who still lives locally.

His other books have got excellent reviews so this one may well be a good read too, so look out for it as it could be in the local libraries and booksellers.

I'm currently reading The Last Shepherd by the same author which I ordered from Amazon, it's set in Dumfries and Galloway and a grippingly good read too.

The Trials of Sally Dunning and A Clerical Murder is to be released on 28th March 2018.

look out for it, I have and shall look forward to reading it. 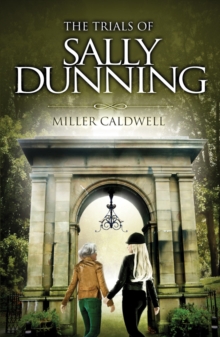 The book is an excellent read with plenty of locations around Wigan mentioned, the early part of the book being set in the Plantations, there are two novellas included in the one book - The Trials of Sally Dunning and A Clerical Murder, which is another good read, you can suspect who the murderer is; though with a twist you don't see coming.

Another book by the author A Lingering Crime is to be made into a Television Crime Series and another The Reluctant Spy is earmarked for a Feature Film.

I didn't know the book above had had a big write up in the Wigan Observer until I was recently told, I haven't purchased the Obbie for some years.

However I've just purchased Miller's latest book which was released in April - A Lingering Crime, it looks to be as alluring and suspenseful a read as his other books.