There was mention of it on a very thread which has since Varnished, like an old oak table.

Mac wrote that it was Wigan, or thereabouts.

Mind you, he also wrote a rude word on one of his posts.

I have slept since. 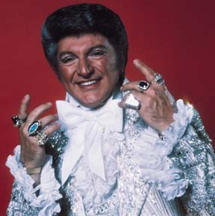 And it weren't 'pianist'.

Penis is a rude word to an old man.

Anyroad, where was it mentioned (Pac-a-mac, not profanity) in that issue of Past Forward?

I dunno, just thought I would post it and allow you a quiet read.

I kept bleedin looking, too.

Not you, Mester, that was some interesting knowledge.

Have a read of this

Tommy Ducks pub was also in East Street, Manchester, too.

See what I did there, eh?

Some fans there. Mac.

Was Tommy Duck a pianist, measter?

Cheaper than I thought

I don't know who or what he was, mester.

"The name itself is said to be the result of an errant sign writer who set out to write the landlord's name, Thomas Duckworth and ran out or room."

Ah, as in a naughty word being short for a pianist.

Gerroff! They did used to have knickers on the ceiling and glass topped coffins in the pub. Don't ask me why though, a theme on something I suppose. Funny folks them Mancs.

So wht's all that got to do with my lovely Pakamac thread?