I'm trying to find out if they had any children or if there's any other close family still living, to help with some family tree research. Her dad Thomas Harris was my great grandad's brother.

This is her and her dad in approximately 1940 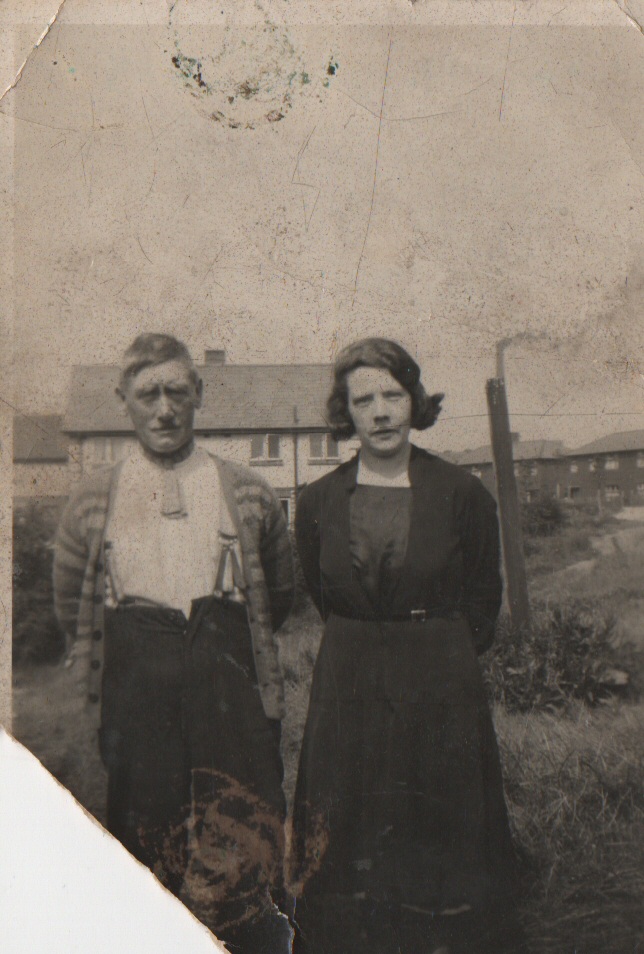 Hilda was born 1903 so would have been 86/87 when she died she was 1of 8 children born to Thomas Harris. and Margaret Moss.It is unlikely she had children as she was 47 years old when she married in 1950 at St. Andrews. Her parents were married 1897 St. Anne's Shevington. I knew a Billy Fields lived in Acacia Crescent I think he married a girl surname Foley but will have to check further.

Thanks very much both for your help. If anyone reading knows anu descendents of the other two it would be great to hear from you (Ellen Waddington/Haddock, Annie Foulkes).