Tory Sleaze is Back

Tory Sleaze is back, with dodgy Dave and his mates in the government, jobs for the boys, a bankrupt bank, whatever next

"Their hands in Your pockets!"

Hey there Tommy i do believe we have ever got rid of the tory corruption and sleaze , and just how they are riding high in the opinion polls now just utterly baffles me , they have always been the party of sleaze and now dodgy dave 's mate LEX ( LUTHER) Greensill and himself boris has ordered an independent inquiry to be chaired by a tory lawyer similar as to the one against another sleazy tory ( PRITTI PATEL) and just look at what happened to her ? sweet F.A. So i guess we will know how this one is going to pan out yet another whitewash i tell you they have so much white paint it's unbelievable . G.B.

I agree with you, it will be a whitewash

They are all the same, Labour, LibDems, the SGP (Scotttish Gits Party) just look at the expenses scandal, how many of them from all sides were fiddling their expenses

why 1stroke i thought you were a tory supporter with the amount of thatcher pics you put on the miners blog ?

I have told yoo before that I am not a Tory Party supporter, and as I recall I put the Margaret Thatcher photo on your miners blog once for a laugh, it was a joke and not meant to offend. 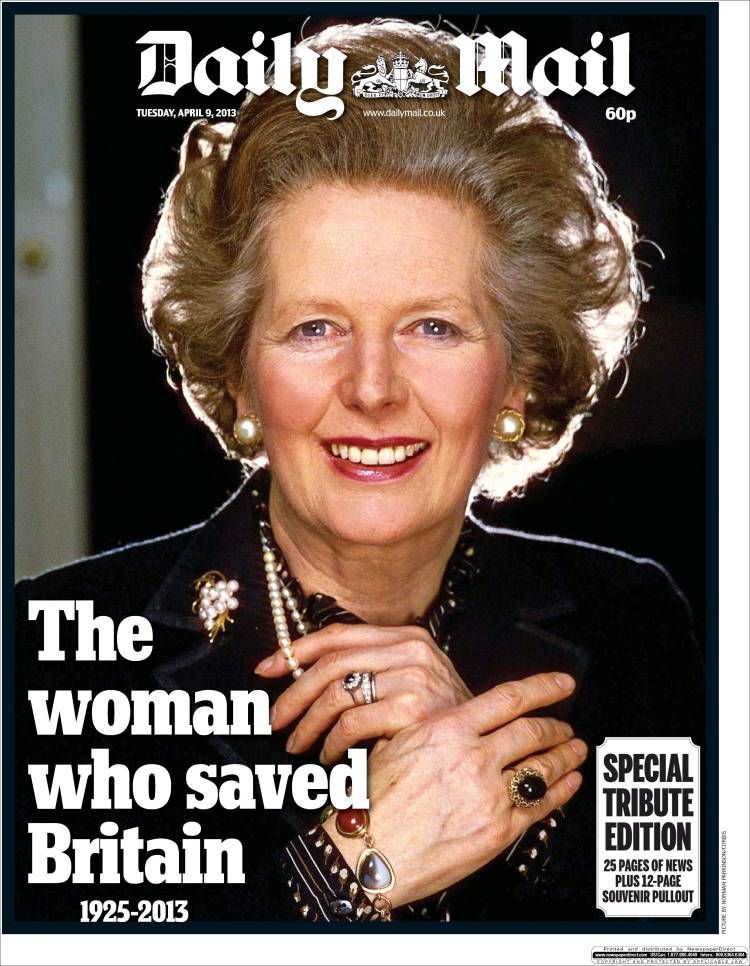 Aye, no party is better or worse than the others, regarding filling their own pockets at our expense.....

The same the world other. Every weekGovernments are sweeping scandals under the carpet. What about Red Len’s hotel project? Smells fishier than Fleetwood Market.

there you go 1stroke for all to see the PM who destroyed all of our manufacturing.

gutted Gillian Anderson portrayed Margaret Thatcher as she really looked like her. It was like Susan Boyle playing Bridget Bardot and getting away wiv it. ?

They sicken me. And even though most of them are at it, the Tory party are far worse, by the fact that they have almost perfected it, after being at it for many more years.

I agree Jathbee, the Tories are entwined with the wealth holder's of this country, here and abroad.

The 'Old Boy Network' and some say that it 'greases' the cogs of industry, and makes this country wealthy, by creating insentives, by making 'greed' a force for good.

But does that wealth it creates get shared with rest of the country, or does it end up in a bank account in an off shore tax haven ?

They're all sleazy. Only in it to line their own pockets. Nandy, daughter of a millionaire cultural Marxist, Dipak Nandy, hardly a Tory. He was one of the founders of lobbyist group and tax exempt charity The Runnymede Trust. Hardly no wonder that she has always voted against the Tory's proposed bill for a statutory register of lobbyists that are able to nobble politicians and influence government policy.
Starmer was reminded by Johnson yesterday that his party voted against that proposed Bill.

yes it does end-up off shore & not just the camerons of this world the big companies also .

Yes Whupsy, I agree and David Cameron eh! , and what happened to "we are all in it together" ?

Gordon Brown bailed the banks out.

Is he taking the piss or what

Just have a read at all this crap that bank has been up to since 2011, they are trying to make money, make money,

And Labour have always been at it too, I mean what about Tony Blair, he has made a few bob from it since he was PM.

I have said on this forum umpteen times over the years that I didn't like Cameron and Osbourne.

Lord Hogan-Howe, former chief constable of Merseyside, was a paid adviser to Greensill and a non executive director of the Government’s Cabinet Office.

I have just done a google on him, and he certainly gets about a bit, he must like having a few bob in his pocket.

I would just like to ask the readers on here what you think about the coming local council elections?? Going by some comments i do not think many of you will have any faith in those either as for myself and the other half ,when the poll cards dropped thro the letterbox the first job was left turn down my hallway and put them into the shredder that's what i think of these councillors. Also i have not seen ,not heard , and don't even know who our councillor is i abode onhttps://www.wiganworld.co.uk/communicate/mb.php?opt=f1&page=1&opt2= carr lane , hawkley hall . G.B

I would just like to ask the readers on here what you think about the coming local council elections?? Going by some comments i do not think many of you will have any faith in those either as for myself and the other half ,when the poll cards dropped thro the letterbox the first job was left turn down my hallway and put them into the shredder that's what i think of these councillors. Also i have not seen ,not heard , and don't even know who our councillor is . My abode is carr lane , hawkley hall . G.B

Gordon Brown is a one eyed Scottish git, as described by Jeremy Clarkson, and 'at the time' I didn't mind him when he was Chancellor of the Exchequer, but after he bullied his way into being Prime Minister, by keep skrikin about that agreement he made with Tony Blair, for Tony Blair to step down, and allow him to become leader, and I think that Tony Blair and John Prescot knew that he was a disaster waiting to happen, because he was an awful Prime Minster.

It was called one of the worst investment decisions of all time.

gordon brown shud have succeded john smith but blair jumped on the band wagon . you shud thank him 1stroke for saving your money wot you ecrued by paying no tax . and jeremy clarkson said on open tv that the nurses that was on strike for better pay shud be shot , is that something you back clarkson on 1stroke because personally i would,nt give clarkson the steam off my shit.

It is the same thing with yoo all the time, if I agree with one thing Jeremy Clarkson says, then why in your book does that mean that I agree with everything he says.

In my opinion John Smith would not have won a General Election, not that I ever knew of anything wrong with him, but because I don't think that he had the 'charisma' or the image which Tony Blair had, which attracted the middle England voters. to vote or him, and Tony Blair won three General Elections, but folk did not like Gordon Brown, he was an unpopular, one eyed Scottish git

And I doo pay tax.

that just shows how much you really know as smith was predicted to win comfortably . your just a bigot & blair won because of the british attitude of voting for someone who just looks good at the despatch box . i wish he had,nt propped up the banks & you would have lost all your money .

your a very nasty bloke ar'nt you workshy? just like your scumbag mate!

no i,m not scumbag as anyone who knows me will tell you . you dont see me putting posts on here threatening to give stage 4 cancer victims a "good kicking " & dance on their graves when they die do you .some people on here have already found you out & know your a nasty dole recieving scumbag .

Labour has won 8 out of 28 general elections since 1918. 3 of those were down to Tony Blair. His record speaks for itself.

dont forget gaffer he came from a "tory" background & his policies reflected that not forgetting the abysmal private companies such as ATOS & CAPITAL to do the terrible medical assessments that they did .

"that just shows how much you really know as smith was predicted to win comfortably . your just a bigot & blair won because of the british attitude of voting for someone who just looks good at the despatch box . i wish he had,nt propped up the banks & you would have lost all your money

Reading that I am truly shocked

So for a start it was posted dead on midnight, the witching hour, so I would presume that yoo had just been turned back into a Pumpkin, and yoo were feeling down about it

Well I am not googling 1994 opinion poles, because they are useless, the only pole which is right, is the exit pole they doo on election day, but if that was in 1994 then what about what happened two years previously in 1992, when the General Election opinion poles showed a clear lead for Kinnock over Major, it was a foregone concloosion that Labour were going to win that General Election in 1992, because of the unpopularity of the Tory government, after the Poll Tax debacle, and the recession which was raging at the time, and I was as shocked as anyone when on Friday morning, I turned on the telly and found out that John Major had won it with a majority.

"your just a bigot"

Well that is a cracker coming from you Whupsy, that really does take the biscuit, because Whupsy, if you want to see the most bigoted, intransigent, unrelenting, obsessive, cawn't be towd anything person in all of Ashton in Makerfield, Bryn, Stubshaw, Garswood, Downhall Green and all surrounding area's, then yoo don't have to go further than having a look in the mirror, because he will be there looking straight back at yoo.

Well that is what I said, so we can agree on that.

"i wish he had,nt propped up the banks & you would have lost all your money"

Well chance would have been a fine thing, because I have never had any money in the bank then and now.

I think that I am going to have to have a word with Haughy about yoo Wupsy, Billy Haugh, and see if we can get you in to see a psychiatrist

TTS
John Major secured the highest number of votes for any PM on record with 14,000,093 votes

During the bank collapse would the FSCS not have protected people's savings, or would the situation have been overwhelming considering it had not been in existed for very long.

The financial sector was governed by the Bank of England until Gordon Brown split the responsibility into The B of E, the Financial Services Authority and the Treasury. The resulting set up didn't regulate effectively leaving too many ticking time bombs to go undetected. Nobody really knew who was doing what. He has since admitted it was a mistake.
The Financial Services Compensation scheme did cover all public bank deposits up to the limit in force. If you had more than the limit in one bank, or a group with more than one bank , you lost the difference.

Thanks gaffer..... I knew there was some kind of protection but didn't know what or how it worked.

you only put on the poll that suits you 1stroke

you know it,s true . you tell more lies than a cheap chinese clock.

Whups, do you speak Mandarin, and cheap (presumably slang)? Wow, gone up in my estimation.