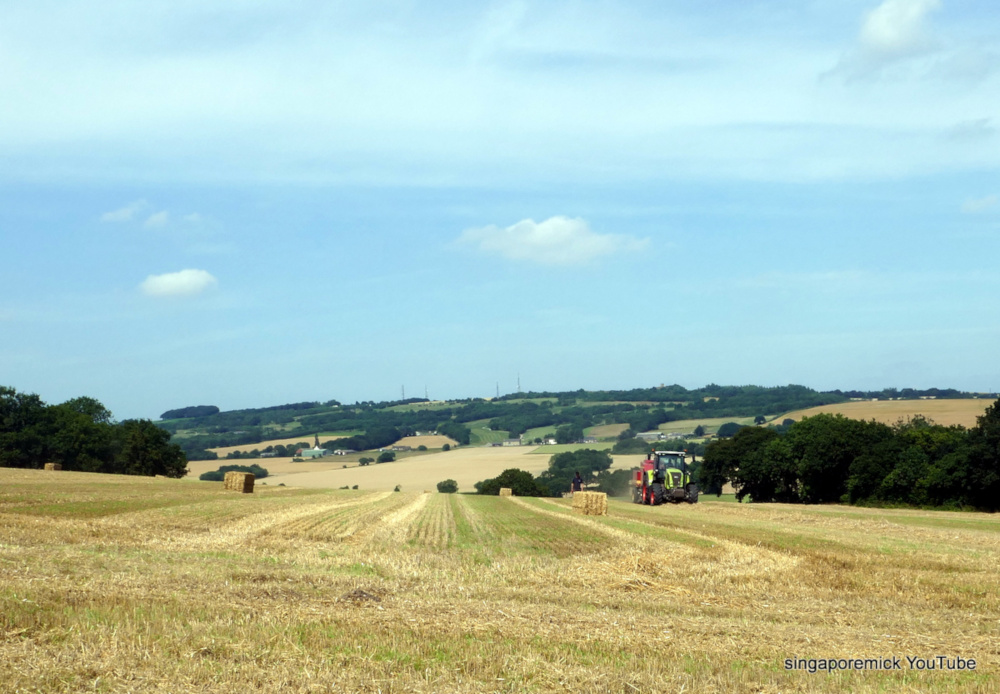 Lovely colourful and tranquil photo Mick. Thanks.
A stark contrast to the weather we're having today; storm Evert is making its presence felt so this summer scene already seems ages ago, although the cooler weather is very welcome.

Lovely photo. I have a soft spot for Billinge. Some places are just special.

Another hazy country patchwork scene, with a beautiful cerulean blue sky and lazy drifting clouds. It was nice while it lasted... let's hope some more good weather returns...

This were them kids on yesterdays photo should be when the sunshine's some jam butties, a bottle of tizer and one of the easiest women from the estate on your arm.

What a nice part of St.Helens.

I could see this coming a mile off Mick.... It started off as being inevitable,...before morphing into being a little bit more than inevitable.

But to be fair to the lad, Mr Noakes is perfectly correct.

I too personally doubt that one square metre of the land in your photo is actually within the Wigan boundary., but who cares?...
...Well I don't, but by the looks of things, Mr Noakes evidently does.

Now I may have mentioned this previously, but I'll take this opportunity to mention it again.

I'm perfectly aware that this site is named Wigan World , and for good reason..., and that's all fine and dandy for the album section, but with regards to roving P.A.D. photographers, then these imposed geographic parameters can prove to be somewhat restricting.

Now speaking for myself, I would prefer to see the occasional shot of , let's say, Carr Mill dam, for instance, rather than the bloody continuous boring Chinese torture of shots of Lancaster pound, the Wutchie, flippin' Rappit Rocks, or Boyswell house on a daily basis.

But that's just me being controversial you understand.
And besides, I'm not the one in charge of proceedings.

In short then, since the amount of possible interesting shots of Wigan would appear to be finite, then why not relax the ruling, and extend the boundaries for a mile or two.

I do realise of course that a fair percentage of wiganers , very rarely ,....( unless it's to take the occasional coach trip to Wembley, or to catch a flight from Ringway to Benidorm ) ...venture beyond its boundaries,.....possibly from fear of being taken captive and eaten by cannibals, I don't really know.

I may well look in later this evening to judge the level of vitriol contained within the responses of the few that that can bear to tear themselves away from the Tokyo Olympics, or bleedin'....." Lurve Island "

Yes John, it certainly is and it extends northwards to Shevington which enjoys the same natural beauty. It really is nice to wake up to that view through the bedroom window.

Ha ha ha, nice timing Ozy as usual, I was waiting until the uproar came.
But it was one nice guy pointing out it wasn’t in Wigan, nice one John Noakes.