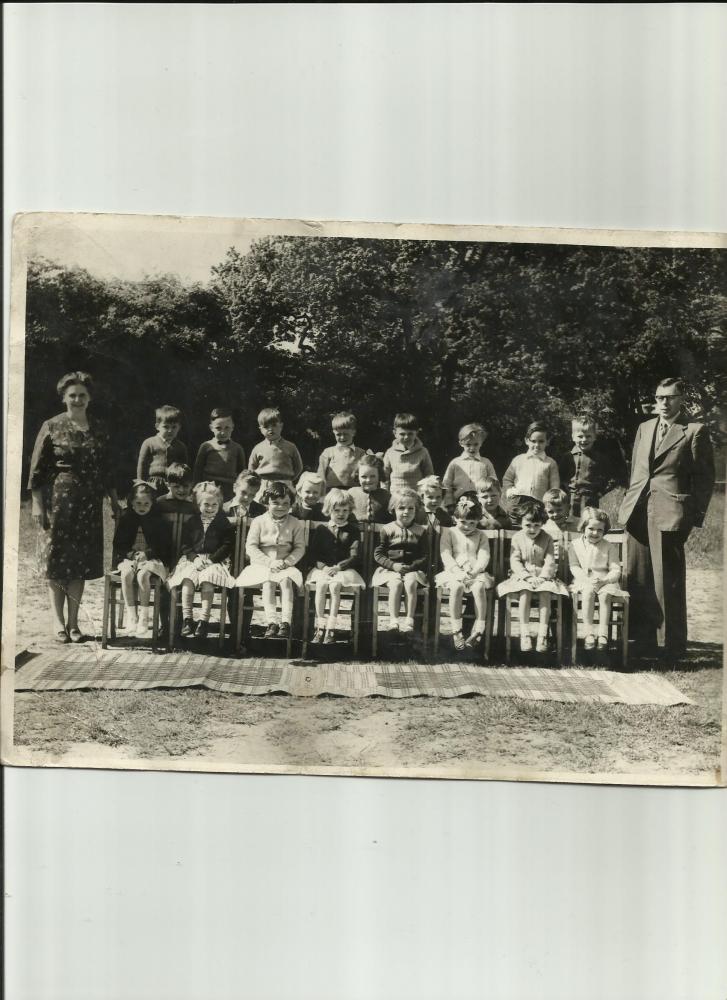 Good un Sammy, I can see thee third from left on back row.

Hi Sammy, our Elaine is on this photo, bottom row on the right. She has provided me with names so here goes ....
Back row l-r Steven Beasley, David Lindsay, then you, Tommy Simm, John Gee, Barry Dollin, Ian Dollin, David Edwards.
Middle row l-r John Walker, Stephen Yeates, Kathleen Lowe, Diane Cunliffe, Diane Frodsham, Peter Jones, Edward Simpkin.
Front row l-r Elaine Hilton, Margaret Speakman, Susan Parr, June Clarke, June Carroll, Susan Ruck, Linda Stewart and our Elaine.
Obviously everyone recognises Mr. Lowe but the name of the teacher is a puzzle, our Elaine thinks it may have been either Mrs Green or Mrs Hamilton (could be something completely different too)
Also we feel that this photo was taken about 1961/62 because it was the first class at Rectory and they were only 4/5. If it was 1965 they would have been 8yr olds and they don't look that age. Great picture though, post more if you have them.

Where was rectory c of e school?

it is in downall green.

I have school photos from 1958 to 1963 but I don't know how to get them onto the computer! If anyone is interested in helping me....

The teacher (far left) was my mum Mrs Charlotte (Lottie) Taylor. She taught there for about 3 years in the early 1960's. One of the other teachers, Mrs Wilson, was her sister.