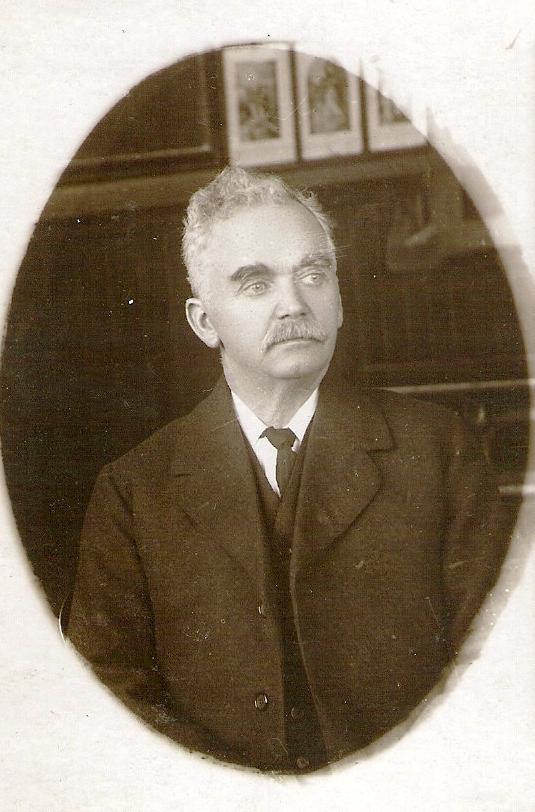 Brian, I was at St Thomas's school from '53 to 59, remember Mr Jackson hitting me across the back of the head with his ruler because I didn't know 7 x 8 = 56! I still have to do my times table to remember it - so the ruler didn't do me much good.

I think it was Miss Dawber and she taught me in year 2 of the junior school. Miss Dawber used to go to the Health and Beauty League and really shocked the class when she first wore their uniform of black knickers and white blouse when teaching us PE. She had a brother called Donald who had died but she told us she knew their was life after death because Donald knocked on her wardrobe door at night. Other teachers I remember- Mrs Brierley, Mrs Brown, Mr Ashcroft and Mr Jackson. It was more than your life was worth, to actually knock on the staff room door and disturb the staff during playtime.

Great photo but even better comments showing how powerful early childhood memories are.

Brian, you must have been in the same class as me, I remember Brenda Oakes, she lived down Miry Lane. Also Billie Holland, Stuart Humphries, Judith Augurio, Sandra Molyneux, Alan Carter, Kevin Snalam to name but a few!

fletcher i remember all those names kevin snalam i used to go his house in worsley menses and we used to buy cordite from sheringtons shop on wallgate and blow things up lol them was great times then hated school but loved the time we were living in remember when all the meat and saug was hanging up outside the shops no one died of food poisoning then we used to live in leeds st next door to neillie davis chip shop my brother is roy johnson, pat sister ,brother paul, and linder sister ,

Brian I am Christine Fairclough (that was) we lived in Fletcher Street, and I was very friendly with Frances Kelly, she must have lived a few doors up from you. When did you move from Leeds Street. I left in 1968 to get married and moved down south in 1987.

hi christine my e.mail is brianjohnson58@hotmail.com if you want to get in touch love reminising about the old times

Hi Brian, there is a thread on communicate called Wallgate, if you go on there we will be able to catch up on all that's going on!

Hi Christine Fletcher,your name brought back sad and happy memories.Eileen was my best friend ,still keep in touch with Joe at Christmas.x

Don't think that you could buy cordite from Sherrington's, Brian - perhaps it was Calcium CARBIDE. Used to have great fun with it myself. Don't think it's available any more.

Hi Shirley, I remember you so well, you were Eileen's best friend, can't believe its 18 years ago since she passed away. I speak to Joe at least once a week and he keeps me informed on what's going on with your grandson (the one who plays rugby). I will ask Joe if he has your e-mail address then if you wish we could get in contact. Shirley - Fletcher is the name I use on WW, not my real surname! xx

Hi Christine,have checked often to see if you have replied.Would love to have Joe's e.mail address.Iknow Fetcher was the name of your street.

I can confirm the photo is of Thurston Cocker my Great Grandfather on my fathers side. He seems to have been well thought of, see the appreciation below and he also had a stained glass window in memory of him in the now demolished StThomas's Church (demolished early 70's I believe?) he lived at 40 Park Rd Wigan (still there according to Google Streetview) and retired to the Isle of Man in 1920 and died in 1924. My father told me he was greatly affected by the loss of former pupils in WW1, all four of his sons including my grandfather volunteered in 1914 and all four survived. Would love to know where the photo came from? I do have a similar one but are there others? My email is stewart.cocker@ntlworld.com

It came as a tremendous shock last week-end when opening our local newspaper we read of the death, at Ramsey, of Mr.Thurston Cocker, late headmaster of St. Thomas's School, Clayton-street.

Mr. Cocker commanded the deepest respect of all those whose privilege it was to come under his influence. Appointed headmaster in 1886, with only one teacher to assist him, and with 160 scholars, the school was re-organised in 1890, and by great efforts and untiring energy an average of 500 boys and girls had passed annually through the schools. Many of these old scholars have gained distinction in various parts of the world. One is at present headmaster in one of the finest schools in this country; another old scholar was a teacher to Mr. Winston Churchill; another was a Senior Wrangler in mathematics, and is now a clergyman; another is at present abroad as a Foreign Missionary, and many others hold responsible positions in the commercial world.

As an old scholar I feel that this appreciation should touch chiefly on the wonderful influence and personal virtues which Mr. Cocker always displayed. Possessed naturally of a charming personality, one always felt, when in conversation with him, that "Here we have a friend indeed - a man in whom there is no guile."

It is not generally known that at the outset of his professional career, he was on the verge of choosing as his vocation that of the ministry; a man of very rare natural gifts for this occupation, he utilised them in the day and Sunday School in a most wonderful and deeply impressive capacity. In this work he excelled.

Looking back over a good many years, no scholar who had the privilege of listening to the Scripture lesson in the day school or Sunday school, expounded by the late Mr. Cocker in his quiet and devotional manner, could fail to benefit thereby. His impressiveness was indeed wonderful. Many old scholars have much to thank him for, for the many valuable Sunday School lessons.

As Sunday School superintendent for about thirty years, he was manfully interested in all his teachers and scholars and through his exceptional personal qualities and gentle disposition he won the hearts of all who came in contact with him.

Many old scholars, past and present, will recall with pleasant memories and happy recollections the Sunday morning processions from Clayton-street Schools to St. Thomas's Church, by the large number of Sunday School scholars, the girls headed by the late Mr. Joseph Clayton and Mr. Wm. Simpson, and the boys' school by Mr. Cocker and his faithful band of teachers, many of whom are now scattered throughout the world, but who will always cherish with loving thoughts the memory of one who did so much for them. Maybe when we were young we did not fully realise these valuable lessons from our faithful teacher but as the years go fleeting by we realise more and more the unseen power and that never-failing influence which Mr. Cocker always exerted over all.

Character first, character second, and character always. This was his motto, and he himself set a wonderful example. His ideals were very high indeed, but he lived up to them personally. A man of honour, integrity, and uprighteousness. His advice and matured judgment on all occasions were highly valued and greatly appreciated.

On the Bible, New Testament, and Prayer Book he had an extensive knowledge, and could expound in a remarkable and clear manner almost any portion of the Scriptures.

One could almost compare him with a quotation from "Emerson" when he said, "The great man is he who in the midst of the crowd keeps with perfect sweetness the serenity of solitude." His whole-hearted thoroughness in all his undertakings was a marked feature of his character. His genial kindness was ever a gleam of sunshine in our midst.

It has been said that "The good that men do in their lives is oft interred with their bones," but not so with our dear departed friend. We shall ever remember him for his countless kind and thoughtful actions, for the many seasonal words of council and advice which he has spoken at moments when the words of a friend are of golden worth.

In closing, one may be pardoned for quoting the words of Pope, when he said (speaking of a dear friend) -

Of soul sincere,
In action faithful, in honour clear,
Who broke no promise, served no private end,
Who gained no title, but lost no friend.