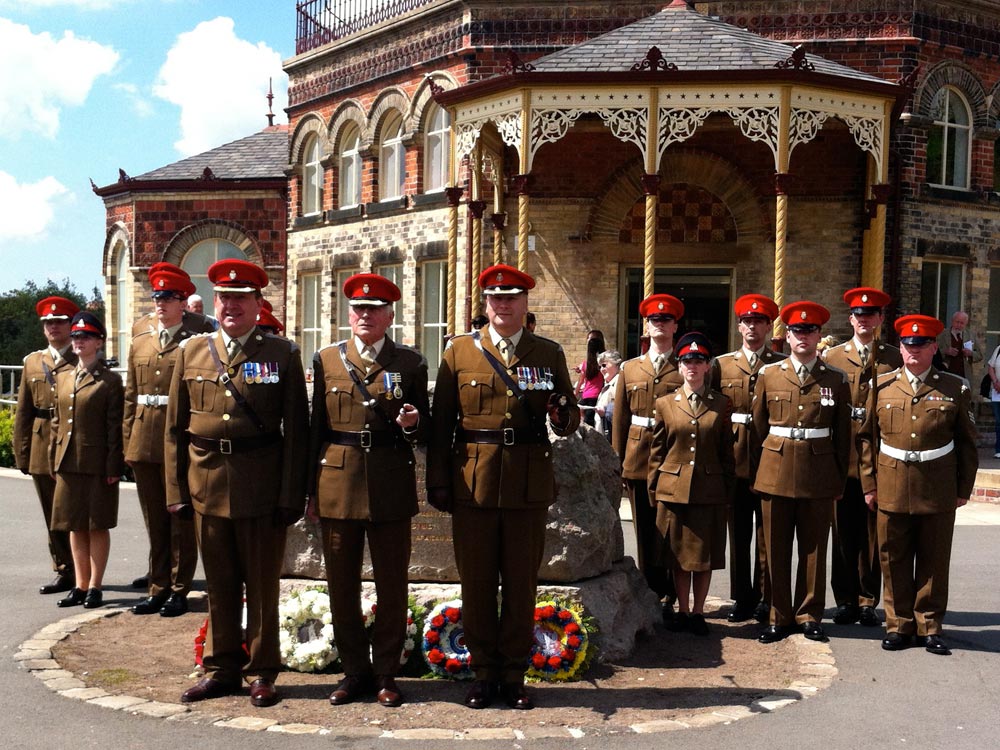 Reference my two previous comments, on two of the other photographs, relative to the same occasion. An act of stupidity, by a serviceman, towards the end of the second world war, caused severe damage to the statue of the soldier, in that he used some object to break off the right arm, that was holding the standard. He was prosecuted for his actions. This new memorial is simple, and very dignified. The officers, and soldiers, on parade, at the ceremony, were extremely smart, and were a credit to their regiment. May the soldiers honoured at this memorial service, Rest in Peace.